When it came to planning our day, we had entertained the idea of having a larger wedding which I think is great for those who chose to do so, but in the end for us we really just wanted to do the simple things really well and particularly once we found out we had a baby on the way we wanted it to be as easy and stress free as possible.

Luke & I first crossed paths through mutual friends when I was still living in Brisbane. Having grown up in farming country NZ, I found that when I moved to the city in Australia I seemed to attract others who were also from farming backgrounds so we had a lot of friends in common, however we never really corresponded until I moved to the Sunshine Coast for work in 2017. The first time we caught up on the Sunshine Coast, we went for dinner & drinks on Ocean street, however I had no idea if it was meant to be a date or if Luke was just being friendly as I didn’t know many people in the area. Either way, we were making plans for a beach trip a few days later (still unsure if it was a date) which ended in a game of cul de sac cricket at his brothers house where I met most of his family. Can you imagine the pressure of being the only Kiwi in a game of backyard cricket with a bunch of Australians? I figured if I could make it through that game of cricket in tact, if it wasn’t initially meant to be a date it soon would be!

By July of 2018 we were starting to talk about our future and what we both wanted, the idea of eventually starting a family had come up a few times and I had arranged a weekend away at Spicers Peak for the two of us. Upon arrival I (semi jokingly) announced to Felicity “You had better butter Luke up, because he knows this is where I want to get married one day”. I then went into a spa treatment, meanwhile Felicity was offered a joy ride in the big shiny helicopter parked out on the front lawn. She tried her best to track Luke down and have him join them but it wasn’t to be as he had just minutes earlier disappeared off on the mountain bike! Needless to say he was a little devo when he found out what he had missed out on that afternoon so when the topic of a wedding came up again later that night, I suggested that if I got to have our wedding at Peak, Luke could have his helicopter ride.

When it came to the engagement, by this point it obviously wasn’t going to be a big surprise and Luke knew that I really wanted a green Australian sapphire. We wanted something a little different and unique to us, the colour green to me symbolises nature and the land, and Australia is known for producing beautiful green sapphires although you don’t see them about all that often. We decided that we would design the ring together, which for me made it all the more meaningful. We chose Adam Graham (A.G Designer Jeweller) to collaborate with, Adam had gone to school with Luke in Brisbane so it was nice to have the personal connection and I really loved his work. So we made a time with Adam to start sourcing the stones and discussing the design. We decided on a trilogy, with the centre stone being the green sapphire (symbolising Australia) I wanted an Asscher or Emerald cut with as few cuts as possible so I could really look into the stone (like looking into water) and the two outer stones were trillion diamonds (symbolising the North & South islands of NZ) which would bring the sparkle. Adam took some time to source some stones he thought would work and we would like, and once we found the one, the ring went into production. From this point it was up to Luke to go about the proposal however he saw fit!

We travelled to New Zealand on holiday to visit family later in the year and on a few days away just to ourselves, Luke got down on one knee and asked me on beautiful Totaranui Beach in the Abel Tasman. As much as part of me was expecting it as we had just spent a number of months having the ring designed and made, it still somehow took me by surprise. It was so nice to finally have our engagement be official and to see the ring that we had designed together.

The main reason Spicers Peak Lodge resinated so heavily with us is probably because we felt it was the perfect balance of country Australia meets Alpine New Zealand. As both of us were brought up on relatively remote farming properties (Luke from Warra near Dalby, QLD & myself from the West Coast of New Zealand’s south island) being out in the country on top of a mountain felt very at home for both of us. The architecture of the building itself at Peak Lodge is reminiscent of Alpine New Zealand which I really love, as well as the big stone fireplace and all of the exposed wood. Being an animal lover I am also a little obsessed with the cows, the Scottish Highlands especially.

We decided that for the wedding itself we would have immediate family only, and that later on down the track we would plan a party (maybe on our one year anniversary). We really just wanted our day to be a reflection of us and we wanted it to basically just be a fun day out!

Plus we knew the food would be fabulous also, and it was great having our families able to stay at the property also, making it feel like less of a day and more of a weekend away. The one big thing we definitely wanted was the helicopter, we both love choppers so being able to arrive in one and then go for a joy ride around the scenic rim for photo’s really made the day so much fun & exciting.

My dress was from Karen Willis Holmes, I tried this dress on before I knew I was pregnant and loved it and knew with the way the heavy fabric fell that it would be forgiving of my 18 week old bump so this was an easy choice!

My florist was Terrianne from Mondo Floral Design who is simply amazing. I wanted my bouquet to be modern & architectural in design, I chose roses in quicksand, white & black with no foliage.

Carly Slade was our celebrant, she was perfect for us as we wanted someone polished and sophisticated who wouldn’t lay it all on too thick which made for a very relaxed and personal ceremony.

Our advice to couples planning their special day

The advice I would give to any couple planning a wedding or an elopement is to choose your vendors wisely and really make it a reflection of yourselves. There’s no right or wrong way to do things, some of the traditions can be fun but only if it fits with your own personality or style. I like the ‘keep it simple and do it well’ approach, rather that trying to be over the top with every element. Choose your venue first and let that lead the tone. At the end of the day, if you put people in a beautiful environment, feed and water them well, they will be happy! Choose your vendors wisely and trust them, they’re the professionals so let them take care of you. It will make the day so much easier. I was very lucky with all of mine, and I can’t recommend each & every one of them enough.

“I have always been a lover of photography, so choosing our photographer was a no brainer for me. We chose Marcus Bell of Studio Impressions to shoot our day, as his work is amazing. What I love about Marcus is that he has an amazing ability to bring the personality out in each of the wedding days that he shoots. He shoots beautiful and natural portraits, captures emotion like no other and always has so much drama in his landscape shots. When you spend more time with your photographer than basically anyone else on your wedding day, it’s also so important that you get along really well and Marcus was also so much fun!” Emma 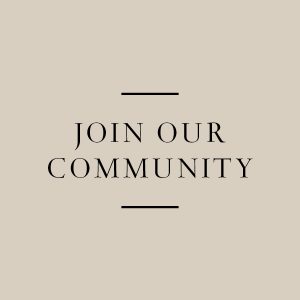 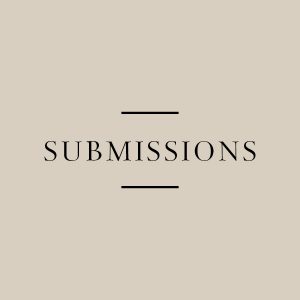